Transitioning from graduating to full-on adulthood

10 Things NEVER to do in a Job Interview

Job interviews can be incredibly stressful. It’s easy to crumble under the pressure and end up sabotaging yourself, but whatever you do, don’t do the following 10 things.

Showing up late for a job interview sets the wrong tone for the rest of the meeting. It gives the impression that you’d be late to work and important meetings if you were to get the job. On the contrary, arriving way to early can throw off your interviewer, who likely isn’t ready to meet with you yet. Arriving 10 minutes early is usually the sweet spot.

Come prepared. It’s usually a good idea to bring in a copy of your resume, even if you’re pretty sure your interviewer already has it. At the very least, you can reference it yourself in case you suddenly forget your entire work history on the spot (it happens). Also, depending on the job, consider bringing samples of your work that apply, recommendations for the job position based on your own research of the job, or a notepad.

3. Disregard people who aren’t your interviewer

When you enter the building, you’ll likely have to speak to people who aren’t your interviewer, such as a receptionist, Human Resources representative, or other current employees. There’s a good chance all these people will be asked about your interactions with them. Don’t act in a way that gives them something negative to say.

You want to show that you’re attentive and engaged. Slouching in your chair, crossing your arms, or twirling your hair does not communicate that. Don’t do it.

You’ve heard the saying: Dress for the job you want. However, it’s a good idea to go beyond that. Never wear anything revealing, and try to dress a level up from what employees wear. For example, if dress is casual, wear something that’s business casual. Sometimes it’s hard to know what the dress code of a company is until you get there. In that case, make an educated guess; you can’t be too overdressed. 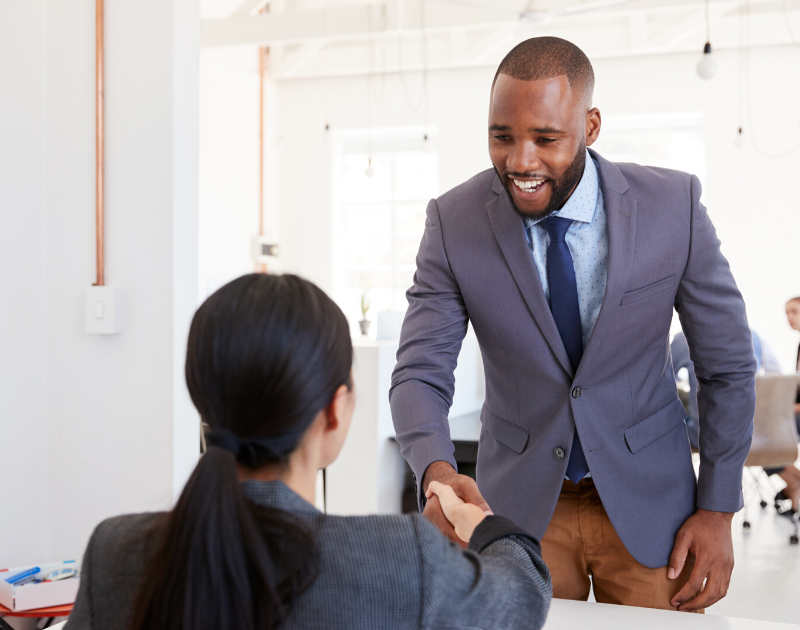 Who’s more important to be talking to at that moment than your interviewer? If it’s a long interview and there’s some form of emergency, they’ll understand; but being respectful to your interviewer should be priority over checking texts or Snaps.

Your most recent job may have literally been the worst, but it’s not a good idea to go on a rant about how much you hated it and everyone there. That makes it seem like you’ll talk the same way about the company you’re interviewing with.

Some companies have a culture where swearing in the workplace is common, but you won’t know that unless you get hired. Don’t risk coming off as too casual.

9. Know nothing about the company

You will more than likely be asked some form of question that relates to having done prior research on the company. If you’re not asked, find a way to tie in what you know about the company while answering a different question.

You want the job right? Asking questions is the best way to communicate that to your employer, and it shows you’re not afraid to speak up. No company wants to hire someone who doesn’t communicate.

8 Tips to Help You Pay Off Student Loans Fast

10 Ways to Prepare for Buying Your First Home